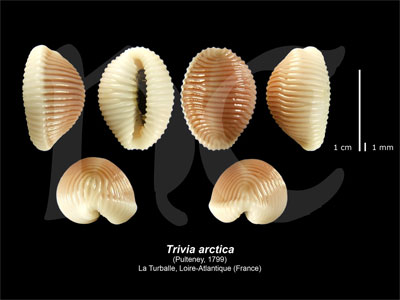 This species usually lives below low tide, in other words is sublittoral, but the empty shells of this species are often washed up onto beaches. In its northern range is found at depths of 100 m and in it southern range at depths up to 1000 m.
This snail lives among and feeds on compound ascidians, including Botryllus schlosseri. They often occur together with Trivia monacha. The breeding season is autumn, winter and early spring.

This species occurs from the Mediterranean Sea to the Orkney islands north of Scotland and Norway. It is more common in the north.
In the British Isles the shells are known as “cowries”, except in Orkney where they are called ,groatie buckies 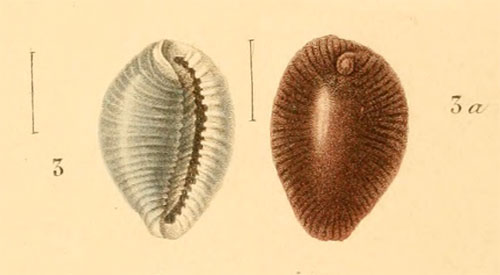 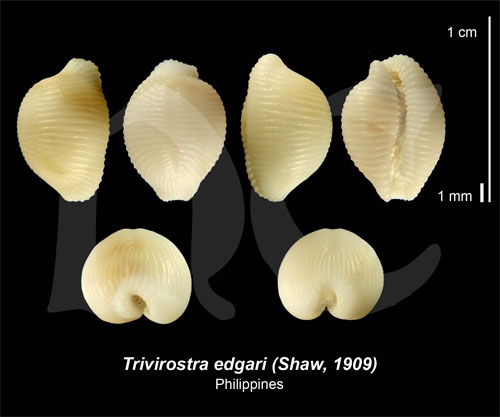